Get this book in print

A wonderful read. While the story teller often seemed to hid or mask his true thoughts and motives from the reader it was never the less a fact filled adventure that had me learning of, and longing for such an adventure, and such a past and place as he paints in this book. Read full review

This book is many things. The document of an unquenchable wanderlust. An exercise in ethnography. A bearing of witness to a fading way of life. Mostly though, it's really about the author dealing with ... Read full review

Tim Cope, F.R.G.S., is an adventurer, author, filmmaker and
motivational speaker with a special interest in Central Asia and the states
of the former Soviet Union. He has studied as a wilderness guide in the
Finnish and Russian subarctic, ridden a bicycle across Russia to China,
and rowed a boat along the Yenisey River through Siberia to the Arctic
Ocean. He is the author of Off the Rails: Moscow to Beijing on
Recumbent Bikes. He is the creator of several documentary films,
including the award-winning series 'The Trail of Genghis Khan', which
covers the journey of this book. He lives in Victoria, Australia. www.timcopejourneys.com 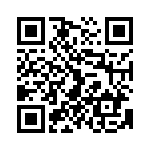