An interesting sociological study of Sierra Leone in the midst of its civil wars aiming to rebut the New Barbarism in Africa thesis by Kaplan. They are not reverting to savagery, as Malthus predicted ... Read full review 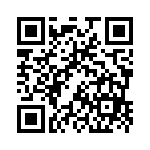